Less instinct, more learning capacity. At least that appears to be the pattern that is repeated in complex biological systems.

Animals that are born with highly defined behavioral and action patterns, conferring them the initial ability to adapt to their environment very quickly are later unable to modify their behavior if the environment changes sufficiently. The more specialized a species is, the more inborn knowledge a species has, the less learning capacity they appear to have. Specialist hunters, or specialists in any other natural process, are the ones that are most affected by any kind of change, and are therefore less adaptable than others.In a very short period of time, human beings have reached levels of knowledge that far surpass that of the rest of the animal kingdom.

In barely 1 million years, human beings have developed from being primitive hominids with abilities not much different from other relatives such as gorillas or chimpanzees, to become what we are today.

The dawn of learning

It is estimated that between approximately 150,000 and 400,000 years ago a new race of humans appeared, namely the Homo Sapiens. A lot of things have happened since then. One of the fundamental ones is language, first spoken language and then written, the latter not being an inborn process, nor one that was fundamental for initial survival of the species. Both became the tool to store knowledge acquired by previous generations, so that it could be passed down and not lost. The human brain was now ready to learn. These early humans had the basic survival instincts, but beyond that, their ability to learn increased and a time came when an individual’s knowledge far exceeded the ability he could have learnt through his own experiences.

Humans helped each other to learn together and to share their wisdom by living in a society. The societies that were formed started to focus on exchange and cooperation, and that change led to the progress of knowledge, which gave humans a clear competitive advantage over the rest of the species.

The “knowledge” of machines

As is true for humans, machines have enormous potential, but to date their use has been limited to what they were conceived for at manufacture. They could only perform the tasks they were designed and programmed for (inborn knowledge), i.e. their inborn content. They were unable to understand anything outside that small set of orders. The most they could manage in those cases was to realize that they could not understand what was required of them, and their only answer for a long time was the famous phrase “failed to compute” meaning “I don’t understand, it doesn’t make sense to me”. Their ability to adapt to the unknown or unexpected was zero.

For a long time there was speculation about whether that intelligence would ever be similar to how humans understand it, even if we were capable of replicating neurons in artificial devices. This would mean that machines would have intelligence virtually the same as humans, but would lack emotional intelligence.

Nevertheless, despite the fact that there are enormous technological limitations still to overcome, perhaps we are starting to have the elements necessary to consider creating a similar artificial intelligence to ours, at least partly. And who knows, perhaps with emotions too. 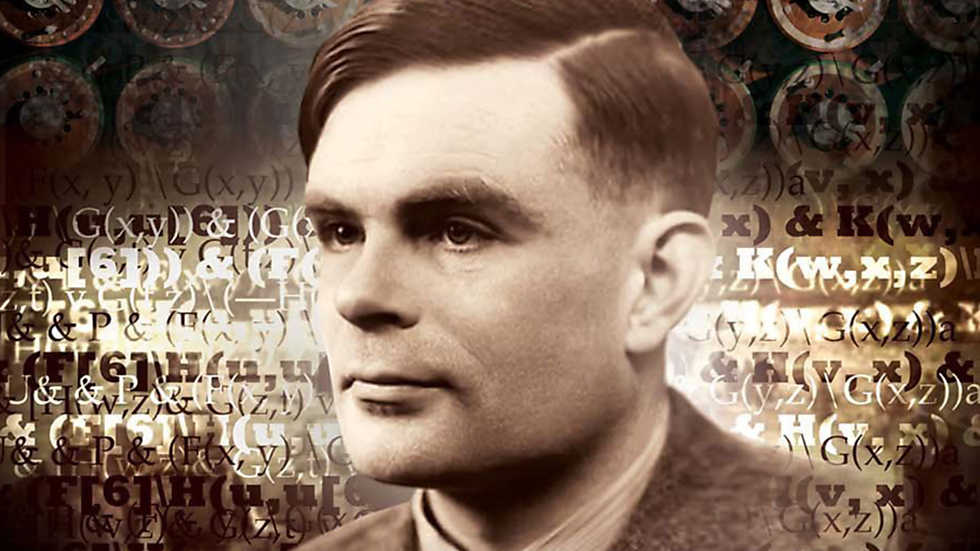 The Turing Test (1950, Alan Turing) proposed holding a conversation where the means of communication was not important, but rather the conversation itself, so that a human evaluator could judge if it was a person or a machine. This test served to establish whether artificial intelligence could be matched with human intelligence. A reconstruction of the Test can be seen in the original version of the film “Blade Runner”.

The Turing Test was passed for the first time, although some question this feat, in 1966, just 16 years after it was designed, by a computer running ELIZA software.

At the start of Artificial Intelligence, the machine’s knowledge was programmed (inborn), in an attempt to simulate intelligence without the ability of autonomous learning. The paradigm has changed since then, and we are now starting to understand that for a machine to develop its own intelligence, it must have the ability to learn through feedback from its failures and successes. The rest of the knowledge (not inborn) must be acquired by the machine through trial and error. With this technique, things that can be understood as fundamental progress in machine learning have been achieved, such as:

The power of Artificial Intelligence

From the moment we gave machines the possibility to carry out tasks where they could make mistakes in order to improve, thanks to their computing speed and knowledge in different fields of science such as biology, mathematics, psychology, robotics, computer systems, telecommunications, linguistics and a very long etc., related to our abilities as a species, progress is being achieved in a short space of time in aspects that were previously considered very difficult to achieve. All this progress is based on something that is apparently very obvious, but that has not been easy to do, providing machines with the ability to learn for themselves.

We, with (apparently) a fairly limited number of inborn instructions, are capable of learning, and our intelligence and culture are acquired through this process.

Indeed, having arrived at this point, if we were to create an artificial structure capable of learning from us, the result would be intelligence similar to ours.

Although there has been some amazing progress in recent years, today’s artificial intelligence is only capable of simulating the intelligence of a 4-year-old human being. Despite this, however, the achievement is much more important because the truly significant thing is not the IQ (Intelligence Quotient) machines are currently capable of reaching, but the way machines acquire that intelligence.

We have finally started to understand how to apply the mathematical basis inherent to learning that will allow machines and humans to create the common patterns necessary to classify things, such as a cat, and to differentiate other similar, yet different, things, such as a dog. This means that learnt or observed knowledge can be classified and applied.

Some of these methods will allow us to take advantage of different classification techniques and inference by machines, helping us to make complex decisions which take a significant number of input data into account. We will consequently be able to obtain more reliable or optimum results than those we could obtain, benefitting from their higher computing capacity and input data analysis (more processable input) to dorm more accurate inferences.

At Globalvia, our future commitment is obvious. Right now we are conducting a Machine Learning pilot test to improve the success rates of OCR (Optical Character Recognition) to read number plates on vehicles on the Pocahontas Parkway concession managed by Globalvia in the United States. It is producing some promising results, but the applications of this technology in the Company can be used in many fields, such as predicting traffic models, filtering candidates, detecting cyber-attacks, etc.

Applying technology can be used in many fields, and it is up to people whether or not to use it, as was the case when a group of humans decided to use fire, whereas others were unable to understand its use. But where there can be no doubt is that today there is an array of options just waiting to be put into practice in the future.

We have often heard the saying “The future is now”, but I prefer to say: “The future can be what we are doing here and now”.