Globalvia / Blog / Innovation - Mobility / Globalvia promotes the validation and payment with contactless card in Metro de Sevilla, being the first Spanish metro that incorporates this system

16 September, 2020
Innovation | Mobility
Globalvia promotes the validation and payment with contactless card in Metro de Sevilla, being the first Spanish metro that incorporates this system

Metro de Sevilla celebrated the European Mobility Week by implementing this new validation and payment system driven by Globalvia, to once again become a technological benchmark.

Metro de Sevilla, with Globalvia as its majority shareholder, has deployed the TAP&GO system. It is a new fare ticket system featuring EMV Contactless technology. This system means that users can directly validate their fares on the Metro using their credit or debit cards, either physically or in their mobile device, without the need to buy or top-up their fares at the ticket vending machines.

Metro de Sevilla has thus become a technological benchmark, the first Metro in Spain to implement this cutting-edge fare and payment validation system, similar to the ones that successfully operate in New York and London. This new technological milestone proves Globalvia’s commitment, as majority shareholder of Metro de Sevilla, to transform the user experience on the Metro and to facilitate the use of this sustainable mode of public transport. The project has been made possible through collaboration with Mastercard, a leading company in payment technology, Banco Santander, IECISA and other strategic partners who have all provided the Metro with their digital tools and experience in technology. 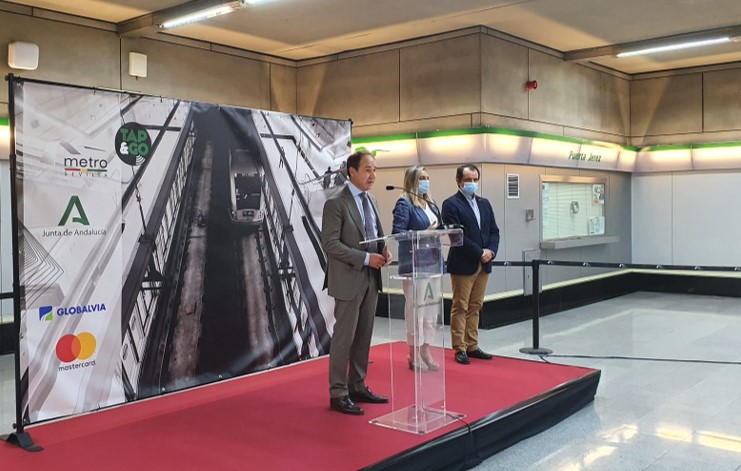 Passengers who decide to use the TAP&GO system, the new EMV contactless technology fare system, can apply the transit pass fares (0 zone changes – €0.82 / 1 zone change – €1.17 / 2 zone changes – €1.37) which is the same rate as the Consortium without changes. The daily travel card rate can also be applied, which allows an unlimited number of trips and zone changes during the day it is purchased, at the price of €4.50 (this fare will only be applied to the first validation if two or more validations with the same bank card have been made).

Fernando Vallejo, Globalvia’s Innovation and Systems Director, states that “this project is a clear example of the outlook on innovation by Globalvia’s team. This project has been possible thanks to the different players in the organization’s various teams, the finance entities, the technology partners and institutional support”.

Jorge Maroto, CEO of Metro de Sevilla, went on to say “it is a pleasure to present the TAP&GO system and to provide the citizens of Seville with an innovation that we believe makes travelling on Metro de Sevilla much more agile and simple”.

According to Paloma Real, CEO of Mastercard Spain: “We are very pleased with the results of this cooperation and to announce that Metro de Sevilla has become the first Metro in Spain to feature contactless payment. Right from the start, Mastercard has been committed to the advantages of contactless payment as a simple, secure, quick payment method. This system not only makes it easier for users of contactless payment but also confers greater freedom in the choice of payment, and is also a feature of enhanced safety for the daily challenges we are facing”. 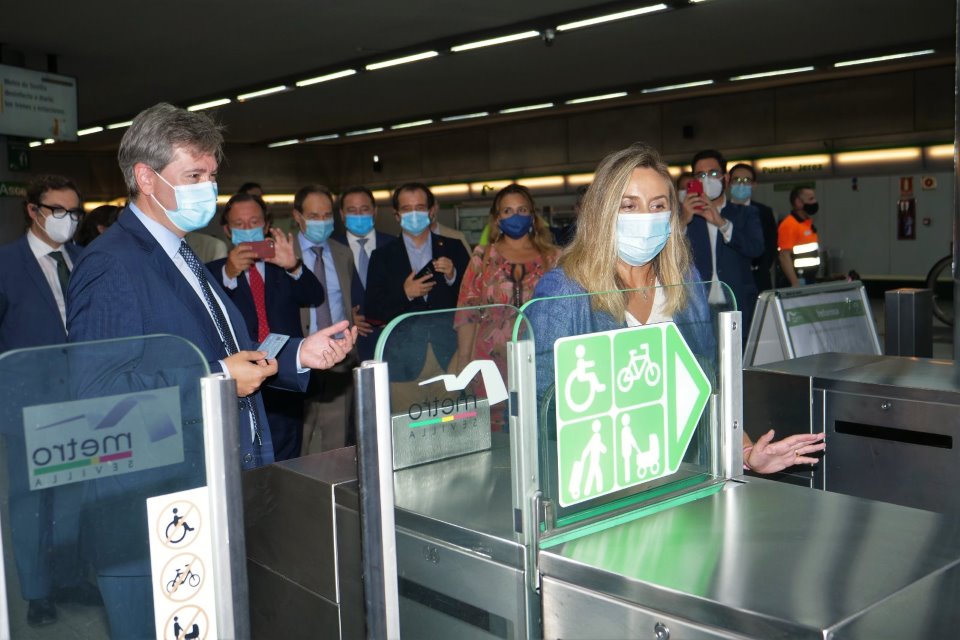 Metro de Sevilla continues to work in order to provide the best travelling experience for the inhabitants of Seville and its metropolitan area and visitors to the city, constantly adapting to users’ needs.