On 27th November, Globalvia and Concesiones de Madrid officially launched the SMART 45 project on the M45 motorway, by installing the first 40 sensors along a 200 meter section in the right hand lane and extendable to cover all lanes along a total of one kilometer.

These sensors detect and classify vehicles, and compile data about their trajectory, with this information being received in real time at the Concession Holder’s control center. 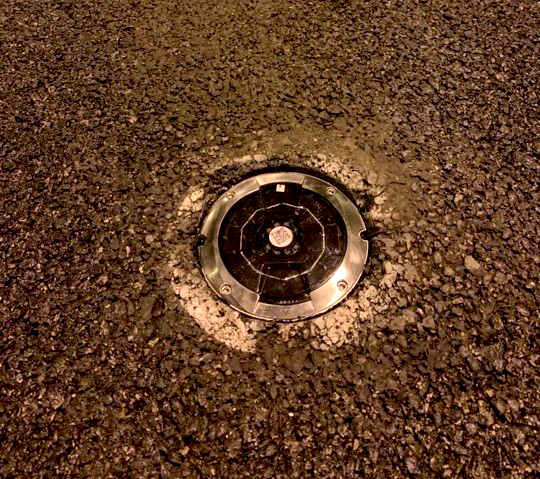 This project will allow Globalvia to carry out more efficient operations, whilst at the same time being a pioneer in real time traffic management. In the event of an accident, or other incident, the Concesiones de Madrid control center will be able to make quick decisions based on information arriving in real time. On the other hand, the sensors will change color in critical situations (e.g. congestion, accident or other incident), thus providing drivers with advance warning.

Globalvia was partnered by Valerann for this project, a start-up that is bringing about a revolution in the world of infrastructures through its technology.

This technology is expected to allow users to be connected to the infrastructure via an App in the future. They will receive early warnings from the sensors and information about the road conditions. For example, if users want to know if there is ice on the road before leaving home, in order to take any relevant measures before setting out, they may do so via the App.

In the second stage of the project, expected to last for a total of 2 years, the CSIC research center will be cooperating with Globalvia with a self-driving car on the pilot section. This pursues two goals, starting with identifying the weaknesses of self-driving cars without connection to the infrastructure, and measuring to what extent the infrastructure can contribute to this leap in technology.

Through this project Globalvia is preparing to adapt its infrastructures to vehicles that are as autonomous as possible, making sure we are ready to cater for this technology as soon as it becomes a viable reality.

Congratulations to the SMART 45 project team for helping to drive innovation in Globalvia.